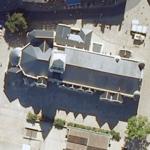 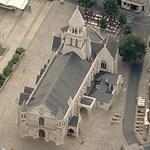 By DonMartini @ 2007-01-25 08:41:19
@ 46.583174, .344443
Poitiers, France (FR)
Begun in the 12th century, Notre-Dame-la-Grande church in Poitiers, France, is an important example of French Romanesque architecture. The facade of the church displays an elaborate stone-carved relief highlighting numerous figures sitting and standing within bordered arcades.

The building history of this cathedral is nearly unknown. In the XI. century had established the church already to three beech with seven yokes. The central ship has a tonnengewoelbe and the side ships as cover serrate-tightness-curves. The last yoke had a Kuppelgewoelbe also above a bell tower. To this ship without Transept a choir with Déambulatorium was added, three chapels were cultivated later in "Hemicycleform". At the beginning of the XII. century extended one the church by two yokes to the west and finished the today's west front. Around 1421 read the Drost of Poitiers a chapel build at the northeast side of the choir. In the XV. and XVI. high functionaries of the city the same did and built century its chapels at the exterior of the Déambulatorium, several other chapels came in addition at the north side of the ship. 1562 were thoroughly destroyed the inside of the church. The interior of the church 1851 were decoratively angemalt. Since 1995 are completely restored this wonderful romanische Sakralbau.
Links: www.art-roman.net
618 views