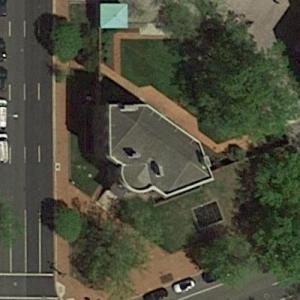 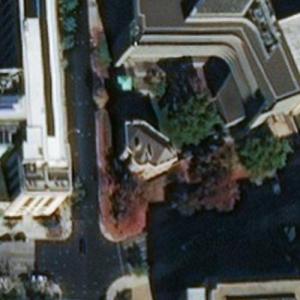 The Octagon is the museum of the American Architectural Foundation. It is the oldest museum in the United States dedicated to architecture and design, and enables the AAF to increase public awareness of the power of architecture and its influence on the quality of our lives.

The house was designed in an American adaptation of the elegant Adam style, derived from the then-fashionable house designs popularized by Scottish architect Robert Adam. Breaking away from the earlier rigid formality of Georgian architecture, the Octagon incorporates a free-flowing, efficient interior with curved spaces such as the circular entrance hall and the dramatic oval staircase.

The architect, Dr. William Thornton, solved the problem of building on an unusual triangular lot by designing a unique six-sided structure, three stories high, that combined the basic geometric forms of circle, triangle, and rectangle. Functional features like the service stairway, dressing rooms, and closets are cleverly tucked away in odd corners of the house. Unlike most American homes of this period, the kitchen was within the house, located in the basement. To ensure smooth functioning of the house, basement rooms and outbuildings on the site were living and working quarters for slaves and servants.

No one knows for sure where the Octagon got its name, since it is clearly not eight-sided. One possibility comes from the round entrance hall. In the 18th century, round rooms were often constructed with eight angled walls plastered smooth and were called "octagon salons." Another clue is found in period dictionaries, which define an octagon shape as having eight angles rather than eight sides.
Links: www.archfoundation.org, en.wikipedia.org
832 views