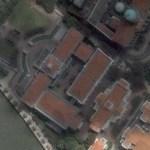 By DonMartini @ 2006-03-31 02:22:49
@ 1.28909, 103.85075
Singapore, Singapore (SG)
The Singapore Parliament has a single House and together with the President of Singapore is known as the Legislature.
The Singapore Parliament is modelled after the Westminster system of parliamentary democracy where Members of Parliament are voted in at regular General Elections. The leader of the political party that secures the majority of seats in Parliament will be asked by the President to become the Prime Minister (PM). The PM will then select his Ministers from elected MPs to form the Cabinet. When the new Parliament meets for the first time, the Speaker will be elected followed by the oath taking of Members. The "life" of each Parliament is 5 years from the date of its first sitting after a General Election. General Elections must be held within 3 months of the dissolution of Parliament.
Links: www.parliament.gov.sg
848 views