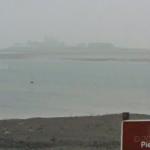 By kuressaare @ 2011-09-04 05:49:34
@ 54.073437, -3.174155
Barrow-in-Furness, United Kingdom (GB)
Standing on Piel Island is Piel Castle
Piel Island is owned by the people of Barrow in Furness,the Island was gifted to the people of Barrow by The Duke of Buccleuch in 1920
The Castle which dominates the small Island was originally a dwelling which the Abbot of Furness had fortified,during the anarchy of the reign of king Stephen.

Piel Island is accessible by boat from Roa Island which itself is joined to Barrow (Rampside) by a causeway.
Links: en.wikipedia.org
571 views