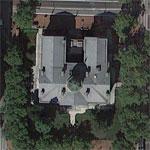 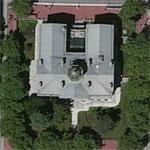 By jbottero @ 2006-01-31 12:01:44
@ 45.518827, -122.678782
Portland, Oregon (OR), US
The Pioneer Courthouse is arguably the most important building in the Pacific Northwest and is the oldest standing Federal Building in this region. The Courthouse and its surrounding park site occupies a full city block in the center of downtown Portland. The Pioneer Courthouse was designed by Alfred B. Mullett, who designed the United States Mint in San Francisco at about the same time. On February 24, 1869, the City Council authorized Mayor Hamilton Boyd to sell the city block to the United States Government for $15,000. The original building cost $396,000. to construct and was completed on October 1, 1875. Trees that were planted in the last years of construction are still standing. Pioneer Courthouse Square Park, to the west of the courthouse, is the site of many summer concerts and other public events, and a popular place for the city denizens to hang out.
Links: www.pps.org
961 views