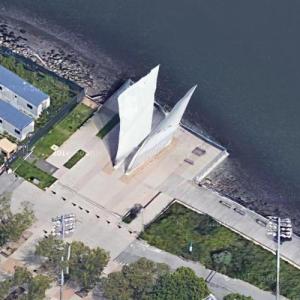 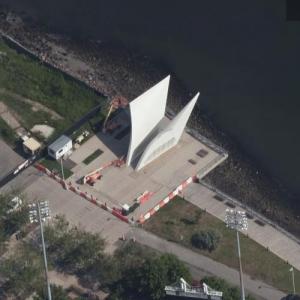 The concept for the memorial design is a symbolic portrayal of personal messages being sent. These two walls which frame the view to Lower Manhattan, represent giant folded postcards reaching out across the harbor - their messages carried by the wind. Throughout American history, distinctive members of our society have been honored through the issuance of commemorative postage stamps bearing their likenesses, often in profile. The memorial walls are lined with profiles of those honored, permanently set in granite, so each looks out across the harbor. As you stand here to reflect on those who were lost, consider what your own personal message would be."
Links: en.wikipedia.org
1,415 views