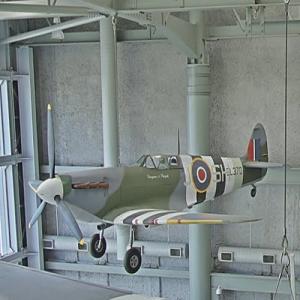 By tallturtle82 @ 2016-10-10 07:06:08
@ 29.9431241, -90.0703856
New Orleans, Louisiana (LA), US
The Supermarine Spitfire is a British single-seat fighter aircraft used in WWII as a short-range interceptor. In July to October 1940 during the Battle of Britain the Spitfire showed its effectiveness and promise in helping to fight off German fighters. After the Battle of Britain the Spitfire became the backbone of the Royal Air force Fighter Command and was the only continuous fighter in production during the war.