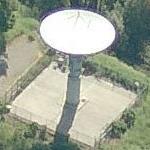 By kjfitz @ 2008-01-01 17:48:30
@ 37.879593, -122.242346
Berkeley, California (CA), US
Reuven Ramaty High Energy Solar Spectroscopic Imager (or RHESSI) is the sixth mission in the line of NASA Small Explorer missions (also known as SMEX). Launched on 5 February 2002, its primary mission is to explore the basic physics of particle acceleration and explosive energy release in solar flares.

HESSI was renamed to RHESSI on March 29, 2002 in honor of Reuven Ramaty, a pioneer in the area of high energy solar physics - RHESSI is the first space mission named after a NASA scientist. RHESSI was designed and is operated at the Space Sciences Laboratory in Berkley California.
Links: hessi.ssl.berkeley.edu, en.wikipedia.org
761 views