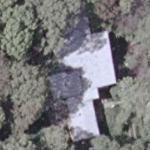 The Rock Creek Nature Center was first developed as a pilot project in the 1950s in the Peirce/Klingle Mansion. For many years, the mansion had served as a personal residence for a succession of tenants. Due to lack of maintenance, the building had become somewhat run-down, and the National Park Service decided to rehabilitate it for public use rather than return it to a private residence. The concept of a nature center was new to the park, so the Peirce/Klingle mansion's nature center served as a sort of experiment to give the park the experience needed to decide what to include in a permanent nature center.

The new, permanent Nature Center was opened on June 4, 1960. Meant to appeal primarily to young people, the Center's dedication ceremony was conducted entirely by children.

Today, the Rock Creek Nature Center is the major information center and focal point for activities related to the park's natural and cultural history. Exhibits tell about the park's wildlife and forest, and a library, open to all, has many books on natural history. A Discovery Room will encourage hands-on activities. An observation beehive is located on the back wall of the exhibit room. Visitors can watch the bees at work in the hive, visible through glass panes. The hive is connected to the outdoors by a plastic tube.

Located with the Rock Creek Nature Center, the planetarium serves as an astronomy laboratory, allowing visitors to study the sky under ideal conditions. The only planetarium in the national park system, it is meant to stimulate and foster an interest in the sky and stars. Although it is not the purpose of the planetarium's programs to present a great wealth of astronomical information, certain fundamental concepts are woven into the fabric of each program, concepts which are basic to a proper understanding of the sky.

With a dome-shaped ceiling designed to reflect light, the planetarium can duplicate the motion of the stars and planets as they might be observed from any point on Earth using a Spitz planetarium projector. The majority of Rock Creek's planetarium programs show the night sky as it appears in the Washington, D.C. area for the specific date and time of the program. The projector can also be accelerated to allow visitors to witness phenomena which take months, years, or even centuries to occur. Programs are usually 45-60 minutes in length.
Links: www.nps.gov
1,000 views