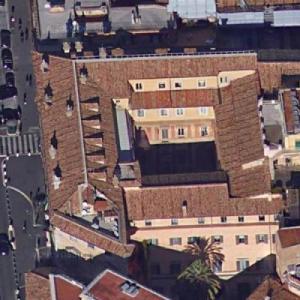 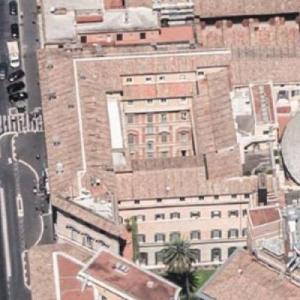 The Senate consists of 315 elected members (senatori), elected for a maximum of 5 years, of whom six represent Italians residing overseas. Senators must be 40 or older, and are elected by citizens over 25 years. According to special constitutional provisions, 'life senators' may exist, either former presidents, as ex officio life senators or those appointed by the president for "for outstanding merits in the social, scientific, artistic or literary field".

The Senate may be dissolved before the expiration of its normal term.

The building where the Senate is located is named Palazzo Madama. The palace owes its name to the fact that here lived for a while Margaret, daughter of Charles V, who had married Alessandro de' Medici, whose family owned the Palace (she gave her name also to Villa Madama and the town of Castel Madama). After the extinction of the Medici family in 1737, it was bought by Pope Benedictus XIV, whose coat of arms is clearly noticeable over the entrance.
675 views