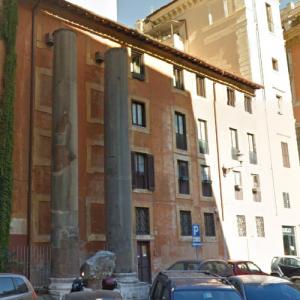 Today most the baths have been demolished, but two coloumns from the structure remain standing at Via di Sant'Eustachio and the Fontana del Senato fountain re-uses the fountain base from the baths.
Links: en.wikipedia.org
517 views