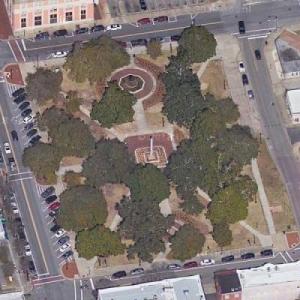 By kjfitz @ 2011-10-29 11:43:12
@ 30.40889367, -87.21393986
Pensacola, Florida (FL), US
Seville Square in Pensacola, Florida is the center of the old settlement of Pensacola by the Spanish after several unsuccessful attempts beginning in 1559. This was the earliest known attempt at settlement on the North American continent. Seville Square and its twin, Plaza Ferdinand VII, were the parade grounds for the Fort of Pensacola established during British rule. In the 1960s a young group of local preservationists decided to work to restore the older parts of Pensacola. They formed the Pensacola Heritage Foundation, joined the National Trust, created the Seville Square Historic District, registered the district on the National Register of Historic Places, bought and restored with their own labor the historic Clara Barkley Dorr House on the square and convinced the city to restore Seville Square.
Links: en.wikipedia.org, en.wikipedia.org
751 views