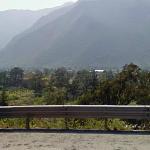 By kkeps @ 2012-07-22 20:12:05
@ 18.813639, -97.178202
Ciudad Mendoza, Mexico (MX)
The Battle of Barranca Seca was a battle of the French intervention in Mexico and took place right after the Battle of Puebla on May 18, 1862. Contrary to the latter it was won by the unified reactionist Mexican-French forces. The battle was preceded by a coup de chef of the reactionist forces, which was heated by the intrigue of the Spanish high command against Almonte and Márquez and French pressure towards the replacement of Zuloaga. After the battle Almonte remained the only contender for the Commander-in-Chief office within the reactionist party and Márquez as acting General; both of them serving French interests.
Links: en.wikipedia.org
540 views