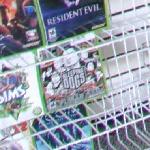 The game started development as an original title, but was announced in 2009 as True Crime: Hong Kong, the third installment and a reboot of the True Crime series. As a result of the game’s high development budget and delays, it was canceled by Activision Blizzard in 2011. Six months later, it was announced that Square Enix had picked up the publishing rights to the game, but the game was renamed Sleeping Dogs.
Links: en.wikipedia.org
355 views