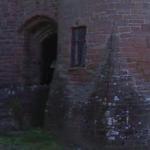 St Briavels Castle was originally built between 1075 and 1129 as a royal administrative centre for the Forest of Dean. During the 13th century the castle became first a favourite hunting lodge of King John, and then the primary centre in England for the manufacture of quarrels, large numbers of which were required for the then innovative crossbow.
Links: en.wikipedia.org
511 views