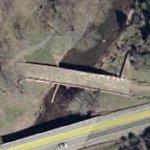 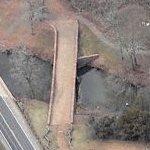 Some years later, a new bridge, similar to the original design, was built on the site of the old bridge.

A traffic was transfered to a newer bridge build adjacent in the 1960's.
3,175 views