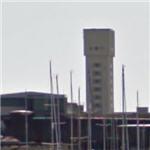 Since then improvements to techniques and equipment have led to deeper escapes being made from submarines. The current record stands at 600feet (180m) from a submarine. This was conducted to prove that escapes were possible down to the level of the continental shelf, where the majority of incidents would be likely to occur.

The need for escape training came about as staying put and waiting for a rescue vessel was not always possible due to the nature of the problem.

Horsea Island Dive Centre first started using the SETT in 2000, with the initial idea of giving the less experienced diver a controlled dive to nearly 30m, or to practice deeper rescue skills in a swimming pool environment. Although to date the majority of divers come here for a unique experience, with 30m and water temperature of 34 degrees and top to bottom visibility, there are not many locations in the U.K. to match it.
Links: virtualglobetrotting.com
1,367 views