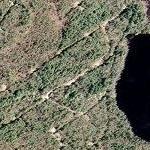 Established in the early 1940s as the Maynard Ammunition Depot, the installation became known as the Maynard Ordnance Test Station after World War II. In the mid-1950s, the facility became known as the U.S. Army Natick Research and Development Command and was used for troop training and disposal of certain wastes from Natick Laboratory.
Links: www.globalsecurity.org
2,058 views