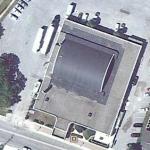 On September 6, 2011, The Surf Ballroom was added to the National Register of Historic Places.
Links: en.wikipedia.org
617 views