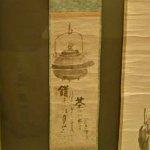 By WacoKidd110 @ 2012-05-01 14:07:59
@ 31.771383, 35.203502
Jerusalem, Israel (IL)
Hakuin Ekaku (January 19, 1686 - January 18, 1768) was one of the most influential figures in Japanese Zen Buddhism. He revived the Rinzai school from a moribund period of stagnation, refocusing it on its traditionally rigorous training methods integrating meditation and koan practice. Hakuin's influence was such that all Rinzai Zen masters today trace their lineage through him, and all modern practitioners of Rinzai Zen use practices directly derived from his teachings.
Links: www.imj.org.il, en.wikipedia.org
473 views