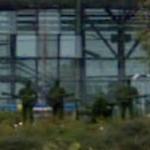 By kkeps @ 2010-06-15 14:55:03
@ 53.358376, -2.890931
Liverpool, United Kingdom (GB)
In order to honor the most notable Liverpudlians, the city of Liverpool has life-sized topiary figures of the Beatles in front of Liverpool's South Parkway Railway Station. The topiaries of John Lennon, Paul McCartney, George Harrison and Ringo Starr were unveiled at Liverpool's South Parkway train station in March 2008 as part of a tribute to the Fab Four. The artwork was funded by Merseyside Passenger Transport Executive and basic design was created by artists in Tuscany. It took 18 months to cultivate the figures at a nursery in Wirral in Merseyside.
Links: news.bbc.co.uk
758 views