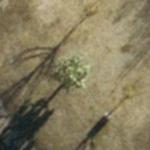 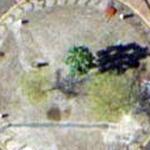 By dda @ 2007-04-14 08:03:55
@ 51.503943, -0.025551
London, United Kingdom (GB)
Funded and produced by the Public Art Commissions Agency. On roundabout just beyond the Canary Wharf estate there are three trees, two are London planes; the third is a traffic light tree; Pierre Vivant's eternal tree replaced another London plane as it was dying.

The arbitrary cycle of light changes are not supposed to mimic the seasonal rhythm of nature, but the restlessness of Canary Wharf.

Born in Paris in 1952 Pierre Vivant has been commuting between his Oxford and Paris Studios since 1973 producing and exhibiting work on both sides of the Channel.
Links: www.citynoise.org
1,212 views

chaswatson
@ 2015-09-25 11:41:57
The 'traffic light tree' is no longer at this location. It has been moved to the east to the roundabout at the eastern entrance to Billingsgate market.