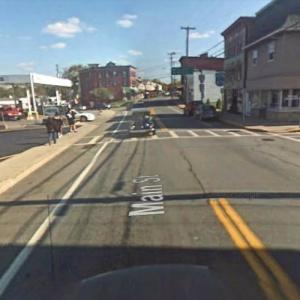 By Carrera @ 2018-04-20 17:16:25
@ 41.5609448, -74.1880266
Walden, New York (NY), US
The Volkswagen Beetle's origins date back to the 1930s, when leader of Nazi Germany Adolf Hitler formulated the idea of an affordable economy car for the masses and powerful enough for the then-new prototype of the modern Autobahn. The design was finalized in 1938 under engineer Ferdinand Porsche, and resulted in the first Volkswagen, which meant "people's car", built. However, large-scale production didn't occur until after the second World War ended, and the Beetle would effectively soldier on until 2003, in which the last unit was produced in Puebla, Mexico. The Golf was the successor to the Beetle in 1974 despite being allowed to remain in production at the time, and the New Beetle was effectively its successor in design. With a RWD drivetrain and a flat-4 mounted in the rear, 21,529,464 units were built, making it one of the best-selling cars of all time, even though the Golf took over the title for Volkswagens in 2002.