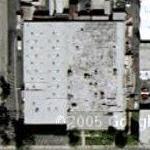 Western Costume has created original costumes for countless classic films, from "Gone With the Wind" to "Broken Arrow," and the company also rents out used costumes to smaller studios with a lower budget. Western Costume Company is as much a part of the Hollywood tradition as Grauman's Chinese Theatre or the Hollywood Sign (although not nearly as well-known by the general public).
Links: www.seeing-stars.com
799 views