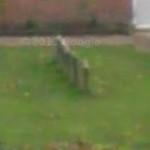 He was an early champion of democracy and religious freedom, notable for his good relations and successful treaties with the Lenape Indians. Under his direction, the city of Philadelphia was planned and developed.

His gravestone is the one closest to the SV cam.
Links: en.wikipedia.org
1,235 views