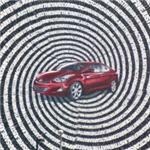 The Elantra was formerly marketed as the Lantra in Australia and some European markets. In Australia, this was due to the similarly named Mitsubishi Magna Elante model. This gave rise to disagreement from other motor manufacturers, and the name was standardized as "Elantra" worldwide in 2001 (with the exception being Korea and Malaysia still selling under the name "Avante").
Links: en.wikipedia.org
625 views