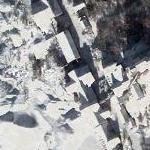 In 1925 a Kennecott geologist predicted that the end of the high-grade ore bodies was in sight. The highest grades of ore were largely depleted by the early 1930s. The Glacier Mine closed in 1929. The Mother Lode was next, closing at the end of July 1938. The final three, Erie, Jumbo and Bonanza, closed that September.
Links: www.artificialowl.net
759 views