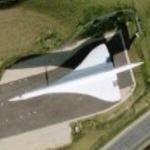 By kjfitz @ 2008-09-05 18:36:44
@ 49.010455, 2.552809
Paris, France (FR)
The Aérospatiale-BAC Concorde was a supersonic passenger airliner or supersonic transport (SST). It was a product of an Anglo-French government treaty, combining the manufacturing efforts of Aérospatiale and British Aircraft Corporation. With only 20 aircraft ultimately built, the costly development phase represented a substantial economic loss. Additionally, Air France and British Airways were subsidised by their governments to buy the aircraft. The Concorde was the more successful of the only two supersonic airliners to have ever operated commercially, the Tupolev Tu-144 being the other. The Tu-144 had a higher maximum speed, but required more fuel and had less range than Concorde.
Links: www.airliners.net
849 views