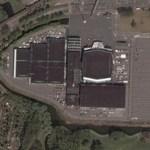 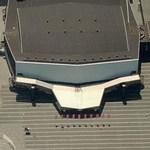 By DonMartini @ 2006-04-29 17:16:05
@ 51.882505, 4.487379
Rotterdam, Netherlands (NL)
The basis of the present Ahoy’ was laid in 1950. After the devastation caused by the Second World War, the city of Rotterdam had worked flat out on the reconstruction and the port was virtually complete. To mark the occasion, the Rotterdam Ahoy! exhibition was held in a purpose-built hall on the site where the medical faculty of the Erasmus University now stands.

The exhibition hall was called the Ahoy’ Hall. The apostrophe after Ahoy’ is a remnant of the original exclamation mark. The hall was used for a series of national and international events, such as the exhibition of the architect Frank Lloyd Wright’s work. During the flooding in 1953 the hall also proved its worth as a reception centre for victims.

Ahoy’ Rotterdam as we now know it was built in 1970. The complex’s striking design won various national and international awards for its special steel structures. The first event to be held there was the Femina family exhibition. Since then, Ahoy’ has been expanded on a number of occasions, and was renovated and refurbished in 1998 to create today’s multifunctional venue.
Links: www.ahoy.nl
3,364 views