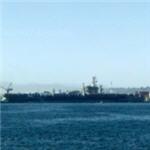 The keel of Nimitz was laid down 22 June 1968 by Newport News Shipbuilding in Newport News, Virginia, and she was commissioned 3 May 1975 by President Gerald Ford. The ship was named for Fleet Admiral Chester W. Nimitz, who commanded the Pacific fleet in World War II. Captain Michael "Nasty" Manazir assumed command of the Nimitz on 16 March 2007.
Links: en.wikipedia.org
2,827 views