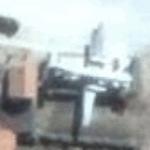 To date, the YS-11 is the only successful commercial aircraft made by a Japanese firm, either before or after World War II. 182 were produced in total. Although most of the aircraft was designed and manufactured in Japan, the engines were built by Rolls-Royce. Also, electrical appliances, gauges, machinery and cockpit hardware were supplied either from Japanese Industries or foreign overseas providers during the YS-11's time of production.
Links: www.airliners.net
1,319 views