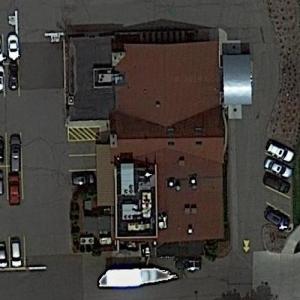 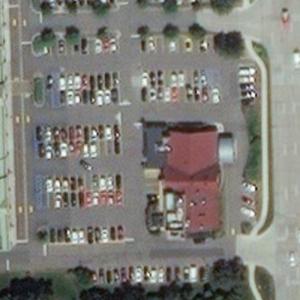 By mlc1us @ 2008-02-07 11:42:29
@ 42.542579, -83.285715
Bloomfield Hills, Michigan (MI), US
American labor-union leader Jimmy Hoffa was last seen at the Red Fox Restaurant in Bloomfield Hills, Michigan near Detroit. At around two o’clock PM on July 30, 1975, Hoffa arrived at the parking lot of the Red Fox where he was supposed to meet with Anthony Provenzano, a labor leader with mafia ties, and Anthony “Tony Jack” Giacalone, a Detroit mafia kingpin. Between 2:15-2:30pm, Hoffa called his wife from a nearby payphone, saying that he had been stood up for his meeting and that he would be home around 4 o’clock. The FBI believes that he left the location without struggle between 2:45-2:50pm in a Mercury Marquis owned by Giacalone’s son, Joseph. Hoffa was never seen again; his remains were never found. The mystery of Hoffa’s disappearance remains of great interest to the public, though it is unlikely charges will ever be filed.

The Red Fox Restaurant was opened by restaurateur Harris Machus in 1965 and was known for its award-winning food. Machus was not pleased with the notoriety brought to the restaurant due to the connection to the mafia via Hoffa’s disappearance. Machus died at the age of 92 in 2001. The location is now the site of a chain Italian restaurant, Andiamo.

Anthony Giacalone was convicted in 1976 of tax evasion and sentenced to 10 years in prison. He died in 2002 at the age of 82. Anthony Provenzano was convicted in 1978 of the murder of Anthony Castellitto and sentenced to life in prison, where he died in 1988.
Links: en.wikipedia.org, en.wikipedia.org, popturf.com, www.candgnews.com, www.deseret.com
38,835 views