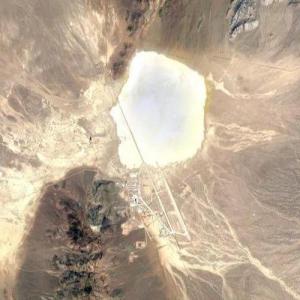 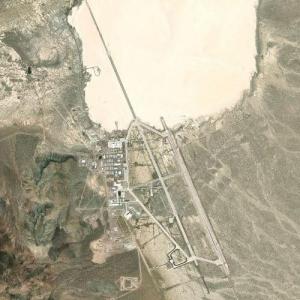 The base most likely supports development and testing of experimental aircraft and weapons systems, but its current primary purpose is publicly unknown. Although the base has never been declared a secret base, all research and occurrings in Area 51 are classified as Top Secret Information. The intense secrecy surrounding Area 51 has made it the frequent subject of conspiracy theories. The area around Area 51, including the small town of Rachel, Nevada, is a popular tourist destination.

Historically, the Groom Lake test facility was established by the Central Intelligence Agency (CIA) for Project Aquatone, which was the development of the Lockheed U-2 aircraft in 1955. Given the the extreme secrecy enveloping the project, the CIA understood that the flight test and pilot training programs could not be conducted at Edwards Air Force Base or Lockheed's Palmdale facility. A search for a suitable testing site for the U-2 was conducted under the same extreme security as the rest of the project. The lakebed of Groom Lake made an ideal strip from which they could test aircraft, and the mountain ranges about 100 miles north of Las Vegas, protected the test site from visitors.

During the Cold War, one of the missions carried out by the United States was the test and evaluation of captured Soviet fighter aircraft and Area 51 played host to an assortment of Soviet-built aircraft. The Lockheed Have Blue prototype stealth fighter first flew at Groom in December 1977 also.

Many of the hypotheses of Area 51's secretive nature concern underground facilities at Groom or at Papoose Lake that include claims of a transcontinental underground railroad system, a disappearing airstrip and engineering based on alien technology.
Links: gmaps.tommangan.us, en.wikipedia.org
82,772 views

Anonymous
@ 2005-04-25 15:26:09
the giant white thing is Groom Lake. It is a dried out lake. That really long straight line is the longest runway in the world, almost 4 miles long. Commerical runways are on the order of 1.5-2 miles. There is no way the government is going to let this stuff stay on much longer. Very cool though.

Anonymous
@ 2005-04-26 12:49:46
they won't care if this is up. there are plenty of satellite photographs for it. I think saw that you can rent a satellit to fly over and take a picture, but only every three days. most ive seen put the runway at about 6 miles

Anonymous
@ 2005-04-27 14:06:47
guys, getting a satellite photo is the easiest thing.
there are tons of commercial companies that own their own satelite and will take a photo of any coordinates given to them for money.
there's nothing illeagal about and surely there is nothing the US government, or any other government for that matter, can do about it.

BTW, just a few years ago the NY Times ordered satelite photos of some sites in Iran that were suspected to be sites of nuclear weapons development. the Iranian governemt had some explaining to do in the UN...
so this is not a new topic....

Anonymous
@ 2005-05-11 22:29:45
It's true that getting the satellite image is the easy part. However, the times and dates of commercial satellite passes are known by the government, so it is trivial for them to ensure that nothing "interesting" is visible when people might be taking pictures.

Anonymous
@ 2005-07-09 22:58:34
Area 51 is nothing anymore. If I remember correctly, they had finally admitted it was there. I vaugely remember the president signing some order exempting it from all enviromental and pollution requirements or something like that.

Dulce, New Mexico, now thats the creepy place. Some wierd stuff is supposed to happen there. Search for it.

cthippo
@ 2010-08-22 13:27:44
The long runway is no longer in use (you can tell by the yellow Xs along it's length). Neat the apex of the runways you can see a couple of the "Janet" 737s and what appears to be a King Air that are used to ferry people to and from work. The Janet name comes from the callsign that the aircraft use when talking to air traffic control.

Near the hangers to the Northwest are a pair of F-16 fighter aircraft, probably for point defense. To the East of them near the runway is the helipad with what appears to be an OH-58D helicopter on one of the spots.

The site is obviously not abandoned as evidenced by the large amount of construction taking place in the photos. If you look below the hanger area at the apex off the runways you can see a very large building, probably a hanger, under construction.

So, the question becomes "What's being worked on?" If we assume that the end goal is usable hardware, then the new designs coming on line should give some hints. The big trend in US warplane development in the last 30 years has been stealth, and area 51 is known to include at least two ranges for studying radar cross section of aircraft. It also stands to reason that they would be working on advanced propulsion technologies, possibly including applied anti-gravity. It's well known that many of the large aerospace companies are researching anti-gravity propulsion, and perhaps with alll that money being thrown at it, progress has been made.

Photos of an A-12 Blackbird crash, the cleanup afterwards and some photos of A-12 RCS testing.