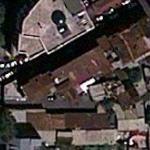 The museum initially opened in 1946 in Paris, France and throughout the years, accumulated as many as 3,000 artifacts. The Museum was inaugurated in Yerevan during an official ceremony on July 13, 2007 at the Kristapor Mikaelian Center. Dashnak leaders such as Hrant Markarian and supporters were present at the opening. Socialist International president Luis Ayala was also present and welcomed the opening of the museum as a historic and important turning point in the ARF’s history.

The museum displays government documents, stamps and other artifacts. The first of its exhibits is dedicated to the Democratic Republic of Armenia of 1918 to 1920. It displays official documents presented by Armenia at the Treaty of Versailles in 1919 as well as personal effects from the first republic's prime ministers. Personal effects from generals Andranik Ozanyan and Drastamat Kanayan are among the highlights of the exhibit as well.
Links: en.wikipedia.org
585 views