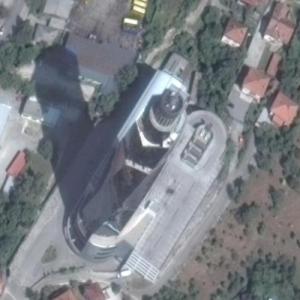 By kkeps @ 2011-02-20 16:10:58
@ 43.86108014, 18.40214236
Sarajevo, Bosnia and Herzegovina (BA)
The Avaz Twist Tower in Sarajevo is the tallest tower in Bosnia and Herzegovina. It is the new headquarter for Avaz, a Bosnia and Herzegovina newspaper company.The tower is located in Marijin Dvor, Sarajevo's business district, which has recently been renovated, with plans for the Unitic 3, Sarajevo City Center, and the construction of ALTA center, US Embassy and the Importane Center. Construction began in 2006 and has been finished in 2009. The Avaz Twist tower is the tallest office building in the region, but the Avala Tower in Belgrade is the overall tallest Tower in the region.
Links: en.wikipedia.org
2,183 views