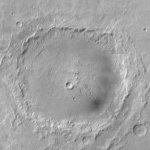 He studied astronomy under Frederik Kaiser.

After he got his degree, he was a high school teacher from 1864–1867, during which time he wrote a very successful textbook on mechanics. In 1867 he became a professor at the Technical College in Delft.

He became director of the Leiden Observatory in 1872 upon the death of Frederik Kaiser. He retired in 1908.
269 views