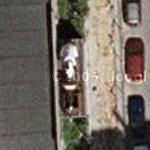 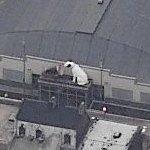 TexasAndroid
@ 2007-05-21 11:56:00
I have removed this map fromt eh Muffler Man scavenger hunt category. While it's a nice figure, the category is intended for a much more specific type of figure. Basically, the type of things that RoadsideAmerica.com tracks in their Muffler Man category, as linked to in the scavenger hunt category. There are a number of varients that RA tracks, but one key similarity is that all are humanoid. Part of the reason why this category is 2 points is that a lot of these figures have already been mapped on VGT. If the category was for just about any fiberglass figure, I just don't see it rating 2 points. Really sorry to have to do this.

boothy443
@ 2007-05-21 21:41:38
I am sorry but i disagree and your argument against holds no weight. First off if you wanted just "humanoid" characters that the category should have been stated as such, just being a "muffler man style figure" is not enough of a description to infer "humanoid" characters only. I took the category to be giant fiberglass like figures, with "muffler man" as an example, that were or are used for advertising purposes.

Also your wrong about them tracking only human like figures. On the Muffler Man Hompage that is mentioned, their are two images, http://www.roadsideamerica.com/attract/images/ca/CALOSchickenboy_winston.jpg and http://www.roadsideamerica.com/attract/ORALOharvey.html one is a chicken one is a rabbit, neither are humans. Also their is a new category that seems to be being built called Mutants & Hybrids, for Emerging breeds, related roadside giants, and competing species. In which i could see Nipper proudly being added to.

Also you point of this being 2 point category, well all i can say that their is at least one 2 pointer that is far far far to easy to be a 2 pointer then, and the muffler man is not the one.

This is the second time i have gotten railroaded over a technicality in the hunt, and i am none to pleased about it. and am reconsidering my participation.

The category says "Muffler Man" style. And it links directly to the Muffler Man page on the other site. I very specifically said "style" to open it up to the entire collection that RoadsideAmerica tracks there. The purpose of this category is to get people to track down more of those style figures. I also very deliberately included a more general RoadsideAmerica category for just about everything else that they cover.

If general fiberglass figures are allowed, the category loses it's purpose totally.

In 20/20 hindsight, I should have used the word Humanoid in the description. But I thought that by saying "Muffler *MAN* style, and pointing directly to the reference site, I figured that would be clear enough for anyone. I'm sorry that it was not.

At this point though, I find myself faced with two bad choices. If I allow your item, I pretty much have to give in to everyone else as well, and let the category become a catch-all for fiberglass figures of any type. And the original purpose of it, seeing more muffler men found, will be lost. Or I continue to deny you, and potentially lose a good contributor to the site. Neither is a pleasant option. This was one of the categories I was really looking forward to seeing what people found.

I'll take it to the other mods. Maybe toss the final decision off on Nic. It's his site, and his prize money on the line.

As for what next, I've asked Nic to re-add the Hunt category to this one if he can. If he can do so, then we are good to go. (The moderators like me can remove Hunt categories, but not add them to existing maps) If he cannot add it for whatever reason, we'll need you to resubmit it to get it back in the category. But let's give him a while to see if he can add it, as that would be the easier route.