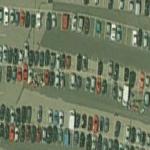 By Drudii @ 2012-09-02 23:01:30
@ 53.813293, -3.053429
Blackpool, United Kingdom (GB)
Opened in in 1853 and closed in 1964. Demolished Coral Island amusment acade sits on the site of the former ticket hall and a road runs over where the buffer stops used to be. Blue plaques are located on Coral Island explaining what was on the site. The station toilets survived for many years as a public toilet but the block was demolished in 2009 despite the blue plaque on this building as well. The trackbed has been filled up to platform level. You could still see the platforms for a few years but now the platforms have been covered by in tarmac.
Links: www.disused-stations.org.uk
698 views