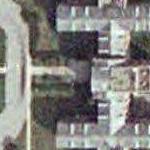 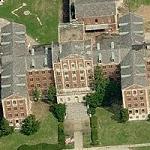 By lordmono @ 2006-04-06 22:55:54
@ 41.305634, -81.680759
Broadview Heights, Ohio (OH), US
It was built in 1939 as part of Franklin Roosevelt's public works program, at a time when schools, hospitals, and other government buildings were going up all over the country. At that time is was known as the Broadview Veterans Administration Hospital, and was used mainly for the treatment of tuberculosis, which was a major threat at that time. For the next two decades it housed sick veterans. By 1966 the TB threat had largely passed, and the federal government handed the building over to the state of Ohio. It became the Developmental Center and was used as a clinical care facility for the mentally retarded--including a large number of children who would grow up within its walls.
Links: www.forgottenoh.com
1,168 views

jthompson
@ 2008-10-27 16:15:48
The Broadview Developmental Center DID not have a maternit;y ward. The rooms you had pictured was the infirmary where the most severe patients lived. They were deaf, blind and severly physically handicappead. Hydrocelphics and limbless. They lived in cages we called cribs. I was there, I worked there as a young adult. It was a hell hole but we made the best of it.