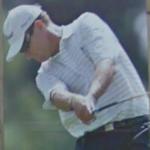 Love was born in Charlotte, North Carolina. He attended the University of North Carolina before turning professional in 1985. He quickly established himself on the PGA Tour, winning his first tour event in 1987. He was later to be in the top 10 of the Official World Golf Rankings for over 450 weeks and reached a high of third.
Links: en.wikipedia.org
575 views