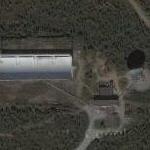 By kjfitz @ 2009-09-29 08:36:27
@ 69.586368, 19.224207
Movik, Norway (NO)
EISCAT is an acronym for the European Incoherent Scatter Scientific Association. It operates three incoherent scatter radar systems, at 224 MHz, 931 MHz in Northern Scandinavia and one at 500 MHz on Svalbard, used to study the interaction between the Sun and the Earth as revealed by disturbances in the ionosphere and magnetosphere. At the Ramfjordmoen facility (near Tromsø, Norway) it also operates an ionospheric heater facility, similar to HAARP. Additional receiver stations are located in Sodankylä, Finland, and Kiruna, Sweden. The EISCAT Headquarters are also located in Kiruna.
Links: en.wikipedia.org
701 views