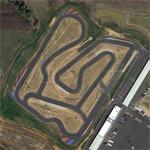 The state-of-the-art facility not only features organized racing events, but it also rents karts to the general public and hosts corporate gatherings.

It was previously known as the Mooresville Motorplex before the naming rights were sold in 2013 to GoPro, makers of HD video cameras.