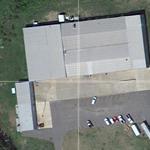 By Matheus_ @ 2011-11-23 08:21:07
@ 35.621364, -80.813772
Mooresville, North Carolina (NC), US
NEMCO Motorsports is a NASCAR team that is owned by driver Joe Nemechek and his family. After a two-year hiatus, NEMCO Motorsports fielded full time entries in both the Cup and Nationwide Series in 2009 with driver Joe Nemechek. It carried the number 87 in both Cup and Nationwide. The team ran Toyota Camrys in Sprint Cup and in Nationwide ran Chevrolet Impalas. The team came back in 2010, with some help from HostGator.Com towards the middle of the year in the Nationwide Series. The team achieved moderate success, and HostGator also sponsored the team for a few Cup races as well. For 2011, NEMCO is back in the Cup Series full-time with Nemechek still in the 87, and Kevin Conway running select races in the 97 with sponsorship from Extenze. Conway will also run select Nationwide races for the team, in the 87. NEMCO is running Toyota Camrys in both Cup and Nationwide in 2011. Nemechek is still looking for full-time funding for his 87 in both series.
Links: en.wikipedia.org
2,578 views