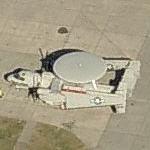 The aircraft was nicknamed "Super Fudd" because it replaced "Willy Fudd" (the E-1 Tracer). In the present day, it is most commonly nicknamed the "Hummer" due to the distinctive sound of its twin turboprop engines.
Links: en.wikipedia.org
614 views