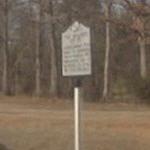 In 1914, she demonstrated parachutes to the U.S. Army, which at the time had a small, hazard-prone fleet of aircraft. On one of her demonstration jumps, the static line became entangled in the tail assembly of the aircraft, so for her next jump she cut off the static line and deployed her chute manually, thus becoming the first person to jump free-fall.
Links: en.wikipedia.org
750 views