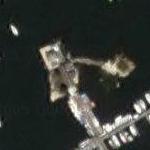 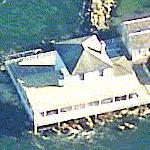 "Ida Lewis is one of the most famous personages to have ever served in the Coast Guard or in this case, the U.S. Lighthouse Service, one of the Coast Guard's predecessors. She gained national notoriety during a time when most women in the United States were not in the professional workforce nor on the national stage. She overcame the biases of the time, through skill and professional ability, to become the official keeper of Lime Rock Light Station, a position she held until her death." --U.S. Coast Guard