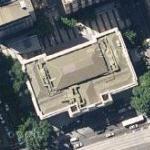 By kjfitz @ 2010-10-31 17:57:14
@ -37.819158, 144.960415
Melbourne, Australia (AU)
The Immigration Museum is a museum primarily displaying Australia's immigration history. It is located on Flinders Street in Melbourne, Victoria, in the Old Customs House. It is famous for its most important space, the Long Room, which is a magnificent piece of Renaissance revival architecture.

The museum was founded in 1998, and is a division of Museum Victoria which administers the cultural and scientific collections of the State of Victoria. Its sister museums are Melbourne Museum (including the Royal Exhibition Building) and Scienceworks Museum.
Links: en.wikipedia.org
515 views