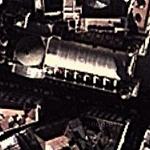 By Mike1989 @ 2013-04-04 23:32:54
@ 36.784974, 3.060991
Algiers, Algeria (DZ)
The Ketchaoua Mosque (Arabic: جامع كتشاوة‎, Djamaa Ketchaoua) is a mosque in Algiers, the capital of Algeria. It is located at the foot of the Casbah, which was built during the Ottoman rule in the 17th century, which is a UNESCO World Heritage Site. The mosque that stands on the first of the Casbah’s many steep stairways, was logistically and symbolically the cynosure of the pre-colonial city of Algiers. The mosque is noted for its unique fusion of Moorish and Byzantine architecture.
Links: en.wikipedia.org
443 views