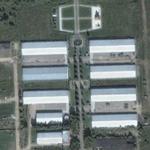 By adrbr @ 2009-05-01 06:49:41
@ 55.565613, 36.715525
Kubinka, Russian Federation (RU)
The museum also houses many unique vehicles, such as the Panzer VIII Maus, Troyanov super-heavy tank and a Mörser Karl alongside single production prototypes from Russia and Germany. The museum is derived from the research collection of the Kubinka armour test base, still functioning as such. Most Cold War-era Western tanks are war trophies from Middle East, Africa, Vietnam and Latin America, sent to the armour test facility to test for weaknesses.
Links: www.kubinka.ru
1,084 views