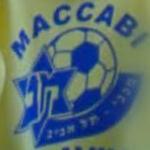 By adrbr @ 2013-02-19 16:46:00
@ 32.069166, 34.769585
Tel Aviv, Israel (IL)
Maccabi Tel Aviv Football Club (Hebrew: מועדון כדורגל מכבי תל אביב‎; Moadon Kaduregel Maccabi Tel Aviv) is an Israeli football club and part of the Maccabi Tel Aviv sports club. It is one of the oldest clubs in Israeli football, and is the most successful club in Israeli football history with 18 championships, 22 national cups, 2 Asian Champions Cups and 3 Toto cups. Maccabi has won the championship and the cup in the same season (referred to as winning the "double") six times, and are the only club in Israel never to have played outside the top division.
Links: en.wikipedia.org
582 views